Back to all posts

Elizabeth's notes from the masterclass 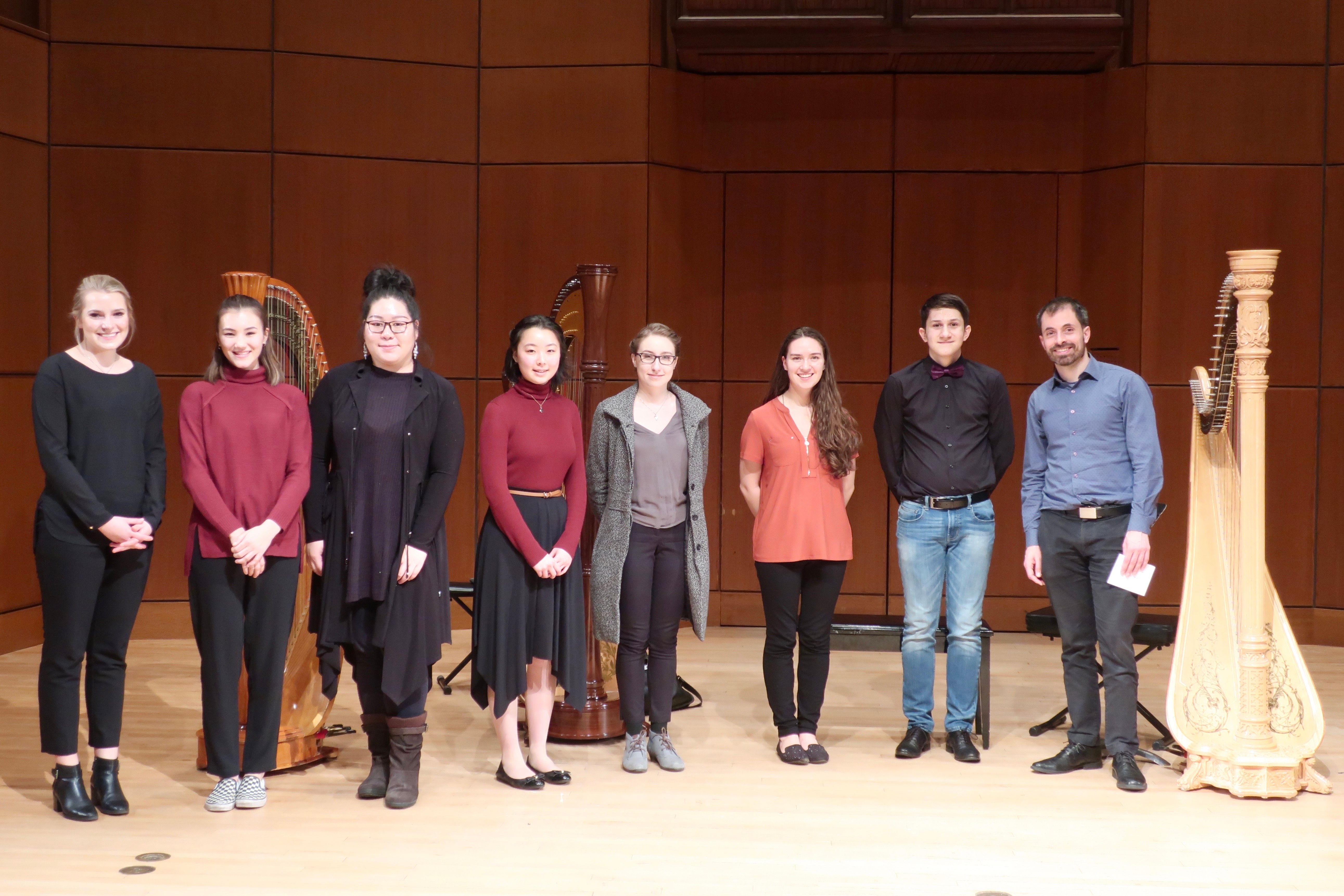 Elizabeth kept some good notes - if anyone else wants to add their own - let me know - use the contact form. Here's what she says:

Here are notes which I copied from Madison's notes, and added a bit to myself.

After Sivan Magen's master class, he treated us to an amazing concert. Sivan demonstrated his superb technique, dazzling pedal work and musicianship with a selection of beautiful music, some written for the harp, and some transcriptions. Everything was marvellous, but my favourite was his theatrical and thrilling rendition of Henriette Renié's Ballade Fantastique after Edgar Allen Poe's The Tell-Tale Heart. After three curtain calls and a standing ovation, he gave us a brilliant encore of a Chopin Mazurka, even after his very long weekend of performing and teaching!

We are all inspired.

-don't pull fingers outwards - they come flat into the palm

-relax fingers and shoulders - everything is free, only concentrate on fingers

-understand melody and hierarchy of importance in hands

-oscillate your hand when alternating between thumb and 2,3,4

-change orientation of hand to get more distance to articulate

-replace thumb by falling onto he string and place high

-movement of thumb comes from entire set of joints, not only top knuckle

-focus on the details to master techniques

-letting go and being free, create space between thumb and 2nd finger

-sing the melody to understand the harmonies and phrasing-

-evenness of sound and tempo is essential

-when playing 4-note chords, you must hear all the notes - listen for the middle notes

- thumb may go lower in relation to other fingers when you have a large space, such as a chord spanning an octave or more. Most important thing is to keep the sound even by having all the fingers and thumb close to the same plane on the strings.

-sound from chords comes from the wrist, not the arm

-listen for connection between right and left hand

-practise the arpeggios as solid chords, then slowly broken, then with dotted rhythm, then the left hand arpeggio leading only to the first note of the right hand arpeggio, then groups of three, five, seven.

-practise until it sounds great, not just okay

-keep your feet in a place that makes it easy to get to the next pedals - anticipate where they have to go - always have them within close range, never tucked underneath you.

-the music is created by creating tension, then release

-create the line by using fingerings that make sense

-don't rely on "automatic pilot". Master the music, both in the muscles and the brain. Know exactly what each hand is doing.

-Understand how music is organized. Nerves come from not having a clear head. Being able to sing/verbalize pedals, notes, fingers, melodies, harmonies - then you can dig yourself out of a hole.

-after working on heavily-marked music, return to a clean score to make sure you can see all the dynamics and other details that may have gotten obliterated.

-know when to accent and when to play heavily, follow phrasing with time signature

-muffling happens at the beginning of the next note, when you're trying to clean up the line and prevent buzzing. Don't shorten the previous note unless indicated to be played that way.

-If you think beautifully and in character, you will play that way.

-strong beats should come out that way - be careful not to accent the wrong beats, especially when using a strong finger on a weak beat 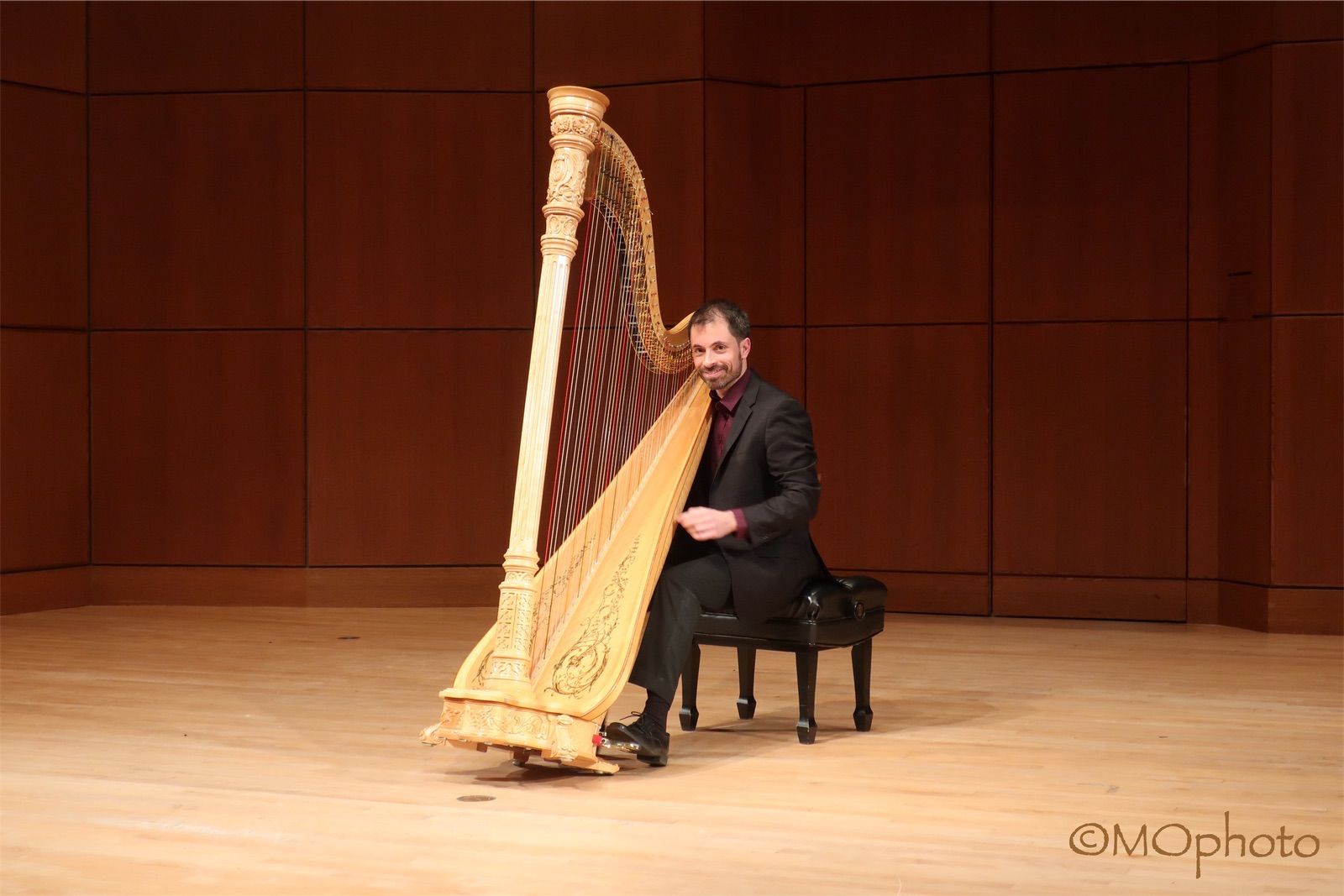 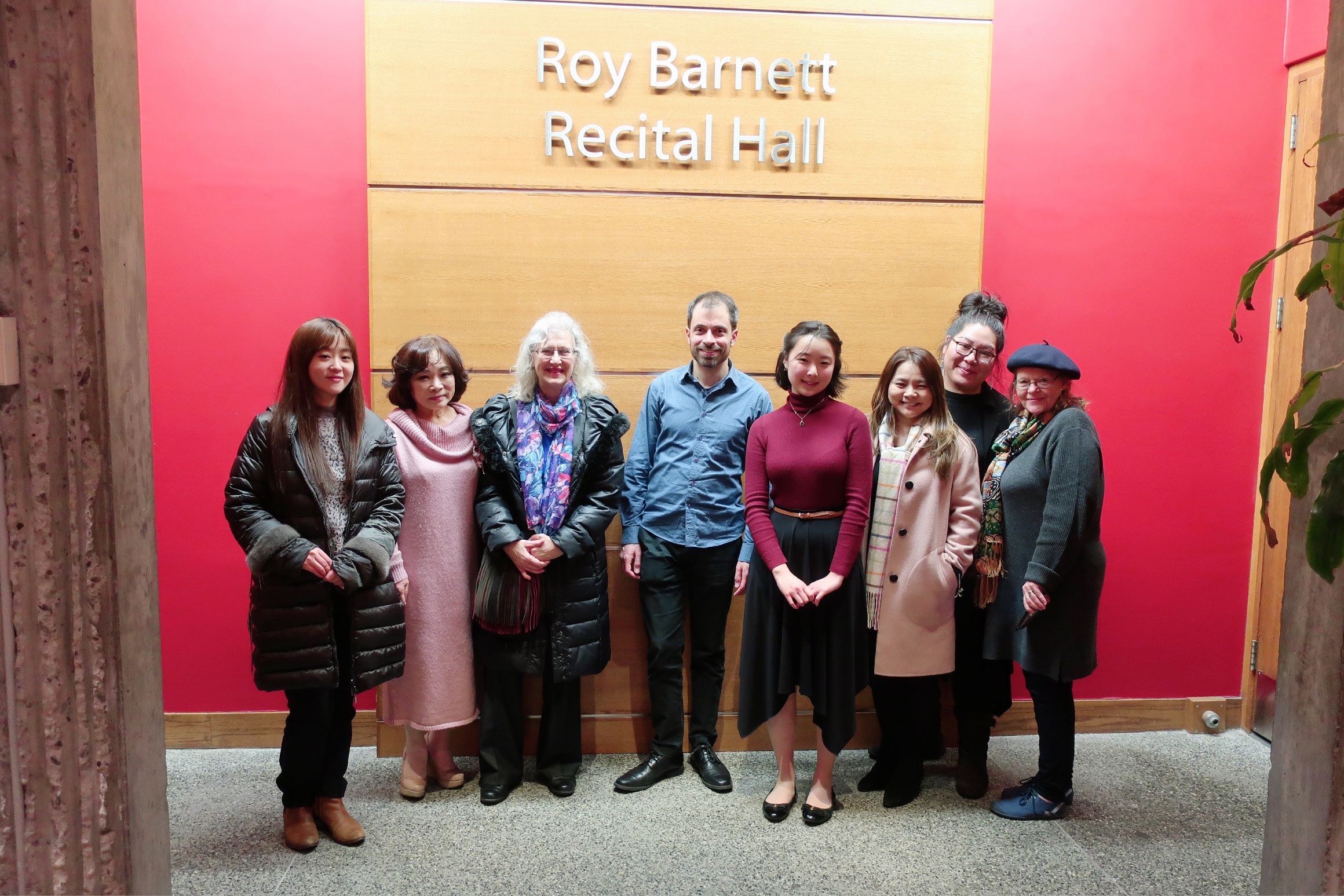 Here are a few notes that I made about his comments with a couple of students: